Almost two years ago, I arrived in Paris, ready to embark on a new adventure. During my first few weeks here, it was the National Hockey League (NHL) playoffs back home in the states, and my home town team, the Boston Bruins, had made it to the finals. My hockey allegiances had been split in college between the NJ Devils (after following a certain player that helped them to a Stanley Cup win), and the Bruins, whom I had watched on TV as a kid, and had seen a few times at the Garden with my Dad.

The Boston Bruins went on to win the Stanley Cup that year, and I experienced something interesting: pride in the place where I come from, that was actually heightened by distance (and a love of sports). I wrote about it, here, and was happy to wear some New England sports attire to work that day (it was a Red Sox jersey, since I didn’t have anything Bruins). Although I smiled on my walk to work, proudly displaying my Red Sox gear, I knew my clothing would only signal “Boston” to those who were American, but I didn’t care. I was expressing myself just because I was happy and proud to be from New England, not because I cared if anyone else could see what I was doing, or to prove my fandom (because trust me, I know some super serious hockey fans, and I don’t rank among them).

Me and my Dad at a Sox game, and the Red Sox jersey I wore to celebrate the Bruins

Today, I’m doing something that is simultaneously very similar, yet very different to that day in June. Today, I’m also wearing something Bostonian, to show my pride, and not because I care who can see me or if they recognize the green color and signature leprechaun that represent the Celtics. But the pride I express today is a different one. This is the kind of pride I don’t want to have to express, the kind that is caused by things we always think happen to someone else. This is a quiet, pensive pride, where support means thinking about all of the people who have been hurt or have lost someone in an explosion that rocked an otherwise awesome event, and counting my blessings.

Funny how pride can exist in two different forms, despite being tied to the same thing. 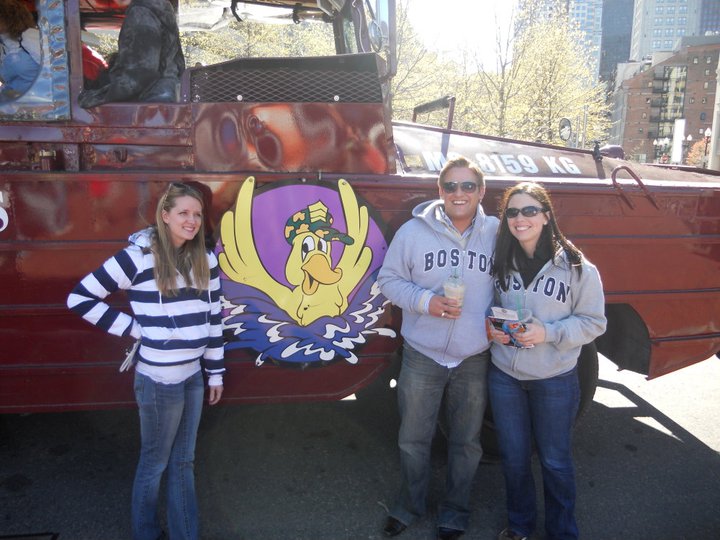 Two friends and I, prepping for one of Boston’s infamous Duck Tours before my grand departure to Paris

So here’s to you, Boston, and all the people who make the city as strong as it is. Like the emergency personnel and the race volunteers that I saw on the news who were rushing to the aid of the injured, like the former Patriots player who was seen carrying an injured woman, and like the rest of the city who I know will support one another every step of the way. I am far away from the danger that has transpired, but never too far to be proud of Boston and to show my support for the city that myself and so many other New Englanders call “ours.”

I love making lists. Not necessarily To-Do lists, or lists that are even functional. I think I just like enumerating and organizing my thoughts in some kind of logical order. I even have a great book that feels like it was made just for me where I can make lists for fun (check out Curious Lists: A Creative Journal for List-Lovers). 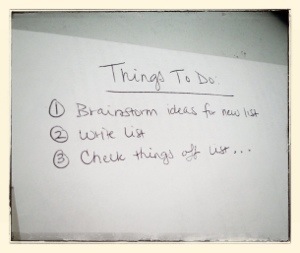 END_OF_DOCUMENT_TOKEN_TO_BE_REPLACED

Sometimes, when you’re a traveler at heart but the timing isn’t right, you have to make a location come to you. So when I realized that my 30th birthday was not just happening on a Saturday night, but the Saturday night before the Oscars, I decided to bring Hollywood to Paris. END_OF_DOCUMENT_TOKEN_TO_BE_REPLACED

Recently a good friend asked me to join a networking group that aims to help ready Americans (and others) for a move to France. END_OF_DOCUMENT_TOKEN_TO_BE_REPLACED

Recently I took a look at one of the statistics that WordPress provides its bloggers, which is to show you the search terms that bring people to your site. I noticed an interesting trend: Almost every day I have someone that lands here looking to find out where to watch NFL while in Paris. END_OF_DOCUMENT_TOKEN_TO_BE_REPLACED

This blog is about what it’s like to live as an expat, peppered with posts about my travels and the cool stuff I get to see and do as someone who landed a job as a semi-jetsetter. For that reason, I have avoided posting about any topics that could be perceived as taboo. It isn’t that I don’t have opinions, but I didn’t feel that this blog was really the place to share those feelings. The funny thing is, if you know me, you know I’m pretty outspoken about what I think… I just generally don’t do it in the social media stratosphere. But recently I asked myself why I don’t share these thoughts out loud from time to time, and I didn’t like the answer I came up with: because I am scared of offending someone. But part of me feels like not saying what you think to avoid rocking the boat is kind of like lying. And I’m tired of lying to my readers… END_OF_DOCUMENT_TOKEN_TO_BE_REPLACED

The Perpetual Passenger is getting some publicity this week! Some friends have decided to share my stories, and here’s the lowdown on where you can find them… END_OF_DOCUMENT_TOKEN_TO_BE_REPLACED

Earlier this year I stumbled upon a video of a guy calling himself Benny the Irish Polyglot that got me realizing that I was making a lot of excuses about my progress with the French language, and wrote about it. Benny was cool enough to repost my blog on his site (which is a great resource for anyone trying to learn another language, so check it out, here), and I figured I owed it to anyone who stopped by to post something about my progress. END_OF_DOCUMENT_TOKEN_TO_BE_REPLACED

It’s that time of year again! No, not the time for a renewed sense of self, a fresh perspective on your life and where you’re headed, or a time to establish a mile-long list of self-worth-inducing goals that you will barely scratch the surface of. No, no… it’s the time when the inhabitants of the northern hemisphere of the globe unite as one in the misery of gloomy weather and fantasize about a tropical getaway. 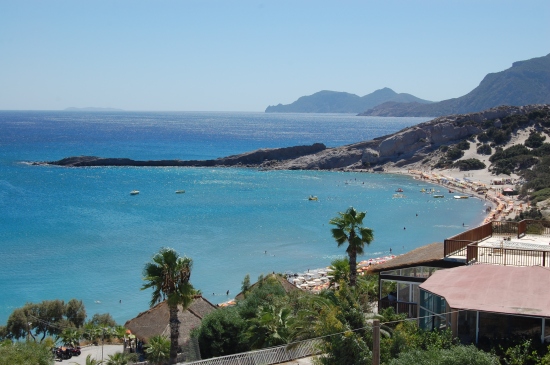 Dreaming of this? I certainly am…

END_OF_DOCUMENT_TOKEN_TO_BE_REPLACED

But if you’re here and you’re seeking something fun on the cheap, let me introduce you to patin à glace… also known as ice skating! END_OF_DOCUMENT_TOKEN_TO_BE_REPLACED