I love this phrase. I use it liberally as an excuse to swear. I find it especially effective when talking to my mother who, in the not-so-distant past, used to “speak loudly” (yell) to (at) me using my entire name (you know–in that way that only Moms can) for merely mentioning the word “crap” (don’t worry, Mom, I know you’re supposed to do that 🙂 ). I suppose perhaps part of why her disdain for my linguistic shortcomings has subsided over the years stems from the fact that  now I’m an adult (or so they say), so swearing has become slightly more acceptable. Even still, I find that a well-placed “excuse my French” after the choice words I had reserved to describe, say, the French postal service, for example, seems to lessen the blow that a vulgarity can deliver. 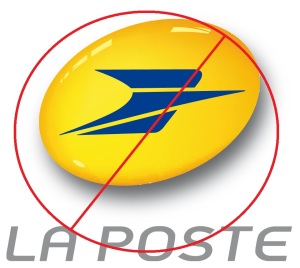 Not too long ago, I was talking to Frog Prince about some issue or another and a swear accidentally tumbled across my lips. I immediately followed the surprising slip-up with “excuse my French,” which garnered quite the confused look from him. I tried to explain to him what this term means, and how it’s used. The conversation went something like this:

“Well, when a person swears but they don’t want to offend someone, they might say ‘excuse my French,’ or sometimes it’s ‘pardon my French.'”

“Umm… (calling on my skills of balderdash) I think it’s because a long time ago, people thought swears sounded like French words. Or something.”

After doing some research on the web, I came across a possible explanation of the origin of the term (though no official citation is included so I’m not sure about the credibility of this account):

In the 19th century, when English people used French expressions in conversation they often apologised for it – presumably because many of their listeners (then as now) wouldn’t be familiar with the language.[1]

If you think about it, this technically makes my initial attempt at an explanation for the term somewhat correct. People apologized for French expressions, so at some point someone started apologizing for a swear, either thinking it was French or trying to pass it off as such. Either way, I’ll chalk this up as a minor victory. (Side note – can you imagine what the term “excuse my English” might be apologizing for?)

But the funniest part of this little phrase doesn’t come from it’s origin or common use by English speakers. The hilarity, for me, now comes from it’s new use in my life here in France. These days, “excuse my French” is a good way to apologize for the fact that my French still sucks. Go figure. 🙂

Guess I’m not the only one using the phrase this way…
copyright: BBC