You know what I hate? Encountering obnoxious Americans when I’m traveling and living abroad. Obnoxious anyone, for that matter. 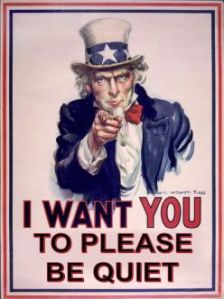 You know what I hate even more? Encountering Americans who are traveling and living abroad slamming other Americans.

It’s true that at one point I was a bit reluctant to associate myself with Americans while traveling. I’m sure a lot of you have heard the advice “Tell everyone you’re Canadian when you travel” due to the seemingly overwhelming unpopularity of Americans when visiting countries other than their own. I’ve never fibbed about my nationality, but there have certainly been times when I’ve cringed at the stories I’ve heard about loud Americans in bars, rude Americans in restaurants, or Americans asking some really ridiculous questions (like, “Do French people use toilet paper?” COME ON PEOPLE!).

However, imagine if, in the history of the world, every single person who was ever something unpopular turned on their own kind and shunned who they are. What exactly would our global society look like if every person who had stood up to someone saying that their race/ethnicity/religion/nationality wasn’t worth defending simply agreed with whatever negativity surrounded them at the time and faded away?

So to all of my fellow Americans who are living or traveling abroad, here’s an idea: if you find yourself constantly annoyed by Americans, instead of jumping to insult them, why not try leading by example? Be the better tourist/expat, and change the opinion people have of us. Change can start with one person, so maybe it’s time for each of us to be that person. And you never know, maybe in a few years the American-abroad reputation will be so much improved that Canadians will be wearing stars and stripes on their backpacks the next time they take a Euro-trip. 🙂